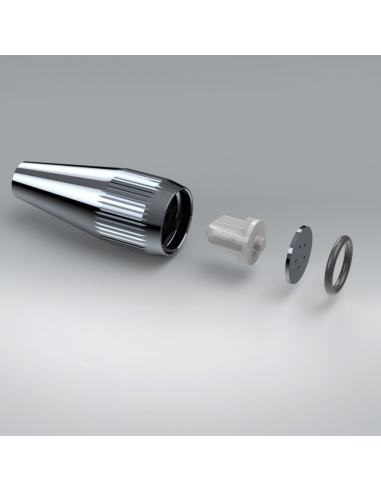 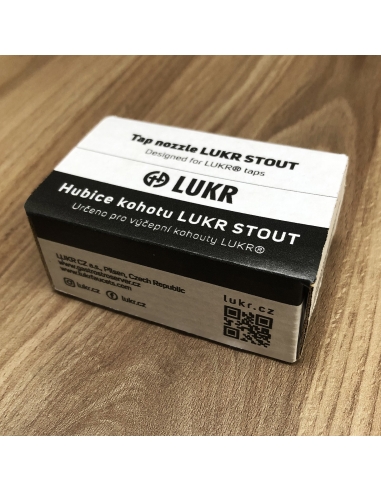 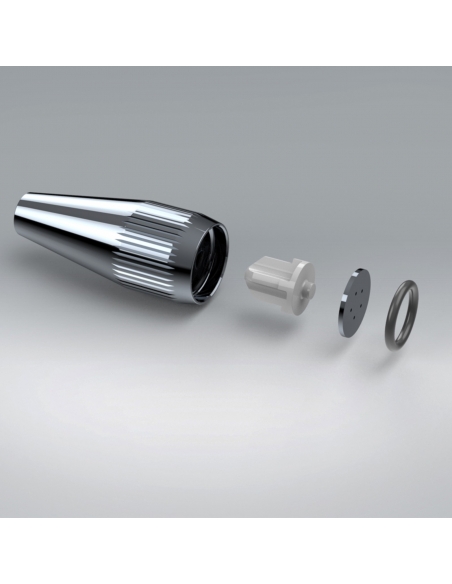 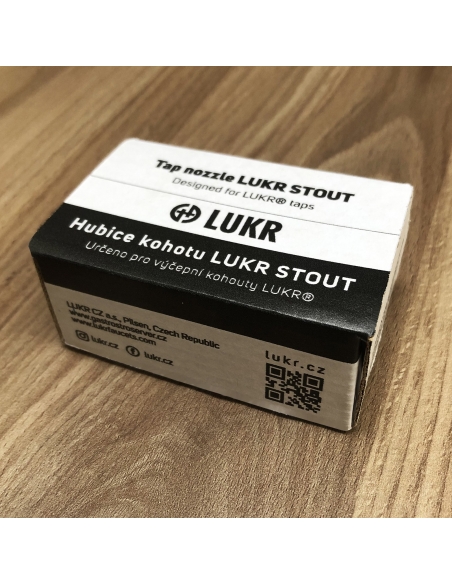 The nozzle for the LUKR® (NOSTALGIE®, BAROKO®) tap is used for tapping STOUT (Guinness beer®) or for tapping dark and semi-dark beers. The nozzle has a removable aerator screen inside, which is specially made for serving nitrogen-filled beer. The strainer allows nitrogen to flow smoothly through the beer tap, creating an avalanche effect and a smoother and creamier head. With respect to any other beers on tap, biogas can also be used to push the beer.

The nozzle can be screwed onto all LUKR® taps. Simply unscrew the original spout and screw in the LUKR STOUT.

• Not only for Stout beers

Cookies help us deliver our services. By using our services, you agree to our use of Cookies.